The Pekka Kana 2 Library (previously known as The PK2 Mapstore 2 for a very short time) is the semiofficial successor to the abandoned PK2 Mapstore, a fan-driven website which hosted custom user made episodes for Pekka Kana 2 (and was maintained and hosted by Tomas Macek). We aim at gradually encompassing all freely available episodes (and individual maps) for PK2 and we are a voluntary project which relies on eager fans to write reviews of old and new episodes for the aforementioned game.

The fanbase of PK2 is a humble but dedicated group of people who care for the game and create custom episodes (collections of maps/levels), language translations of the game, sprites, in-game backgrounds, music and other game-related stuff to keep PK2 alive. The PK2 modders are primarily based around Piste Gamez’ forum and can be found there discussing the upcoming PK3 and chatting about various aspects of PK2, especially map-making.

This project hopes to satisfy the fans’ greed for a new place to host their own fanmade PK2 maps/episodes and custom resources, to read reviews of other people’s maps, download the respective files, discuss levels, level authors, etc. Instruction on how to submit your fanmade woks can be found on the Episode/Resource submission page.

All comments, suggestions and other feedback are welcome. More information about contacting us lies on our contact page.

In lare 2010s, the Mapstore became very passive when it comes to accepting new episode submissions, mostly due to the inactivation of Tomas Macek, the administator of the Mapstore, The Evil One got an idea – to create his own Mapstore. lsudny had also been thinking about the very same thing, and together they started to design this new brain-child. Or they would have if someone hadn’t appeared: A long-time inactive member Sah War had already created a website called The PK2 Mapstore 2.

TEO thought it was ultimately stupid to have such a name and he experienced Sahwar’s website would become a rival for his and lsudny’s new hosting site that hadn’t yet been created, though. Because of this rivalry, he suggested that Sah War join them – or they join Sahwar’s project. So, after (too) long discussions, they compounded.

The new project got a new name which went through bruising arguing and finally got its current form – The Pekka Kana 2 Library aka PK2Lib. In that time, PK2Lib was a WordPress.com hosted blog. After it got hacked or something, the site moved to a free host: pk2lib.netai.net.

Unfortunately it did not last forever. In 2015, the free webhost provider decided to delete all of the content for pretty much no reason. After that, the website moved to more reliable mediums after being down for more than a year.

Pekka Kana 2 (PK2 for short) is an open-source old-shcool platform game, created by Janne Kivilahti from an indie game developer group Piste Gamez. The game is about a rooster called Pekka whose goal is to save kidnapped chickens.

Pekka Kana 2 (Pekka the Rooster 2) is a jump ’n’ run game made in the spirit of old classic platformers such as Super Mario, Sonic the Hedgehog, Jazz Jackrabbit, Super Frog and so on.

The simple goal in each level is to find the exit sign, which is usually not that simple as it sounds because of enemies, traps, and quirky puzzles.

Pekka Kana 2 was released in year 2003 at Assembly ’03 Game Development Competition, and placed 2nd. Since then the game has been featured in numerous different sites and cover discs. Players have also made their own levels with the PK2 Level Editor, which was released later in 2003. […] Pekka Kana 2 has also been translated to several languages […].

Unfortunately because the game is quite old and uses old version of DirectX (7), many experience problems when trying to run the game on modern OSs like Windows 7 and graphics cards that don’t support all of Direct 7’s old 2D features. Recommended setup for PK2 is Windows 98 and an old graphics card.

Even though Pekka Kana 2 was designed for Windows 98 and has issues with modern operating systems, it is possible to run it without any troubles on modern Windows systems like Windows 7 or even Windows 10. It takes some effort but is not very complicated. See this forum thread on the official Piste Gamez forum for more information on that.

In late 2010, the full source code for PK2 (the source code of the latest versions of Pekka Kana 2 and the PK2 Level Editor, along with all graphics & music content of PK2) was publicly released by Janne Kivilahti, the creator of the game (announced with a forum post on the official Piste Gamez forums), thus changing the previously freeware game to an open-source game (we also host the source code, download here). Since then many PK2 fans, the PK2lib team included, have started efforts that aim to produce various fan modifications of PK2. More information about our efforts on modernizing the game can be found here.

Piste Gamez still preserves copyright/authorship/creative rights over the Pekka Kana series and all elements therein, but fan modifications are allowed if credit to Janne & Piste Gamez is given, according to Janne. This led to the numerous fanmade PK2 episodes and graphics resources for use in making such episodes. Here’s the official statement of Janne on that legal/authorship/licensing/distribution topic included in the released PK2 source code package: The source package contains the source codes for the game Pekka Kana 2, written by Janne Kivilahti. The game and its code are copyrighted by Janne Kivilahti, but you can modify and use the code freely as long as the original author is mentioned.

So it basically means, that you can do whatever you want with it as long as Janne (Piste Gamez) is credited as the original author (similar to the GNU GPL license). Also, as tusam pointed out, one more thing MAY also apply: during installation, it does say: "Pekka Kana 2 is freeware. You may distribute it in any way you want, as long as you don’t try to make any profit out of it.

PK2 has been periodically updated from 2003 to 2007. As of 22 September 2010, the latest officially released versions of the installers are: PK2 v1.21 Installer & PK2 Level Editor v0.91 (beta). Both are functional (apart from a few small bugs and annoyances) if installed properly on a PC that satisfies PK2’s recommended system requirements (copied from PK2’s website):

For more details of PK2 and PK2-related topic, visit the game’s offical website & the official PK2 subforum boards on the Piste Gamez’ forum.

The Piste Gamez team grew a bit and started working on a 3rd game of the PK series in 2007, but this takes a lot of time to create and as of 2010 Pekka Kana 3 is still in development. Some work-in-progress screenshots of PK3 gameplay (in-game graphics) and the GUI of the new Piste Gamez Editor that will power PK3 have been released through the years in the PK3 section of the official Piste Gamez forum. However, PK3 development is currently frozen due to personal matters: 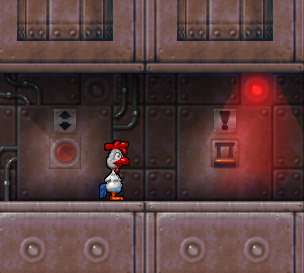 Why you shouldn’t hold your breath while waiting for PK3

Ok, I don't remember when I last posted something here, but it has certainly been a while (too long). I know there are people still waiting for the next Pekka Kana game to appear, so I might explain where things are at now.

PK3 hasn't been in the works for years now. I guess the main reason is, that I just lost my motivation to do it. I don't make games because I want money, but just because I think it's fun and you can learn important skills while doing it. So what killed my motivation?

Too high expectations for the game, for one. We (me and Jerome) tried to keep the game from getting too big so it would be possible to finish it, but eventually we got too ambitious anyway. That leads to...

Lack of time. When I was making PK2, I was still studying, so I had lots of free time. But now with work, band stuff and all, I basically had only time to make PK3 on weekends, and I'm really slow, so not much progress was made. It takes me about two weekends to draw, animate and program a new character (sprite) for the game. And it might not even make it to the game if it isn't good enough. When you see a finished game, you only see the tip of the iceberg of all the work that was put in the game. There are loads of graphics, sprites, music and other stuff that never made it to PK2. Sometimes I think that the quality of the game can be measured by looking at all the stuff that was never used in the game :D Deluxe Paint, which I have used to create the graphics (using DosBox) is not cutting it anymore – too bound to it's 1992 limitations – allowing only 320x200 resolution for animations is pain when making bigger sprites.

Platform. Finding one that can still run the game after many years is difficult. PK2 is difficult to run on modern hardware since it uses DirectX 7 and all the possible acceleration tricks used back then. Our older games run on MS-DOS and are even harder to run anymore. I didn't want that to happen to my next game. I also wanted a platform that could cover all the major operating systems with minimal work. At least when we started PK3, it was difficult to find something like that. Things have changed though.

Saturation. When I started PK2 back in the days, there were not so many platformers on PC (not to mention good ones). That has changed quite a bit as they seem to be the favorite genre of indie game developers. It's hard to count all the new platforming games realeased and in the works now.

Rayman Legends : D This is how I wanted PK3 to look like and to feel like. Except with more chickens... And these guys had an army of developers. With two people there is only some much you can do.

So where does that leave PK3? I still have hopes of getting the game done some day. However, continuing the work on PK3 would mean starting from scratch with modern computers in mind. The increasing performance of the browser and technologies like HTML5 and WebGL (it's event possible to use XBox360 controller in a browser) make it a very appealing candidate for a new PK game. I'm also working on a paint software of my own, that hopefully will replace Deluxe Paint and frees me from it's limitations...

But all in all, don't hold your breath while waiting for PK3. If it's going to come out, it's going to be a long time... but hey – Duke Nukem Forever came out eventually, so everything is possible ;)

Meanwhile - try out Rayman Legends if you already haven't - that's what I'm playing :) It's seriously good, no one pays me for saying that.

Also, I'm working on another game currently – of which you will hear more about later.